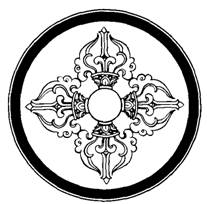 The Tsegyalgar West Dzogchen Community is pleased to announce

In the Dzogchen Teaching sound and movement are very important because they are the means to integrate oneself into the state of contemplation. The Vajra Dance is principally a practice to harmonize the energy of the individual. If one has a more profound knowledge of the meaning of the Dance, it becomes a method for integrating the three existences of body, voice and mind into the knowledge of the state of contemplation.

This integration is one of the most important aims of a Dzogchen practitioner. The Vajra Dance is practiced on a Mandala which represents the correspondence between the internal dimension of the
individual and the outer dimension of the world.

Posted by Bay Laurel Studios at 4:30 PM No comments: 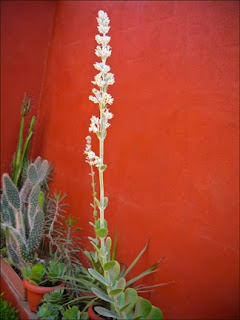 February 13th – 16th
“Green” Karma Yoga Group Retreat”
at the Vegetable Garden and Orchards of the Gar
Bring your hat and gardening gloves
“Certificated for SMS students”
Cost: $60 with no member discounts.
To register please contact the secretary at:
tsegyalgarwestsecretary@gmail.com
http://www.tsegyalgarwest.org/
Posted by Bay Laurel Studios at 8:13 AM No comments:

Email ThisBlogThis!Share to TwitterShare to FacebookShare to Pinterest
Labels: Gardening Week, Help Out Together, Karma Yoga 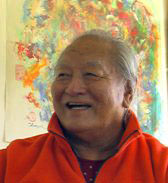 Choegyal Namkhai Norbu was born in 1938 in Derge, in Eastern Tibet and was
recognized at birth as the reincarnation of a noted exponent of the Dzogchen tradition. Notwithstanding his youth, he was already well known by the end of the 1950s as a person with a profound knowledge of the Dzogchen teachings and also as a spiritual teacher.


In 1962 he took up a post teaching Tibetan language and literature in Naples at the Istituto Universitario Orientale di Napoli where he worked until 1992. From the mid seventies Namkhai Norbu began to teach Yantra Yoga and Dzogchen meditation to a few Italian students and the growing interest in his teachings convinced him to dedicate himself increasingly to such activities. Together with a number of disciples he founded the first Dzogchen community in Tuscany, and then later founded other centers in various parts of Europe, Russia, the United States, Central and South America and Australia.


The Retreat Land in Baja Ca Sur, Mexico is slowly being improved and developed into a spiritual center for retreat and deep practice. Tsegyalgar West is a 3,000-acre tropical drylands ranch in the mountains just northwest of San Jose del Cabo. This amazing ranch in the natural biosphere was given to Choegyal Namkhai Norbu in 2003.  There are now 20 small casitas, palapa kitchen, a large outdoor teaching area and Tibetan Yoga/Vajra dance area to support retreat activities and study of Buddhism and Dzogchen.
Posted by Bay Laurel Studios at 8:25 PM No comments: 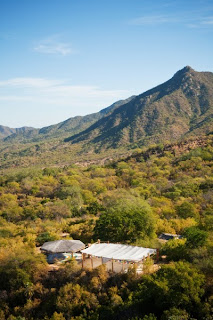 
Cost: $240 with the usual member discounts.
To register please contact the secretary at:
tsegyalgarwestsecretary@gmail.com 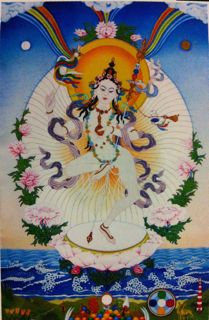 Posted by Bay Laurel Studios at 3:28 PM No comments: