My Journey to Tsegyalgar West ... 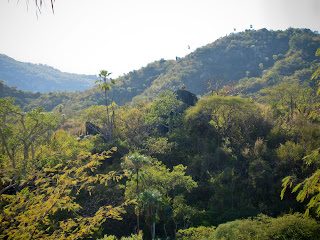 I came to Tyegyalgar West in Baja Mexico recently after a spending some time in Thailand and studying Buddhism several years. The name Dzogchen was unfamiliar as was Chögyal Namkhai Norbu Rinpoche. I was able to attend two retreats. One conducted by Jim Valby, an accomplished educator and light hearted individual who made it fun. 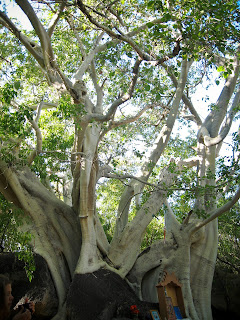 Arriving at our meeting place in San Jose del Cabo on Thursday morning, we all piled in a trustworthy Baja vehicle of unknown age and travelled up to the Sierra de la Laguna Mountain range high peak (2406M). I think we were close to the top because it got quite chilly at night.  The “Gar” is situated amongst 3,000 amazing acres of peace and stillness. An oasis, high in the mountains with fresh spring water.
A large variety of Cacti are scattered every where. Some interesting varieties of trees as well like black palm and white fig. There are most beautiful ancient fig trees that create an umbrella, with massive roots wrapped around boulders. Very inviting to sit and meditate. Over heads vultures and eagles soar, coyotes howling in the distance. The ranchers let live stock graze everywhere, so the soothing sound of their bells ring continuously.

Apparently, it seldom rains, but it must be my Vancouver luck because it did rain. The desert was so green and lush, when the sun did reappear the tiny humming birds made their way to aloe flowers and yellow butterflies were everywhere.  Not too far a walk from the main area is the “Arroyo”. My Spanish is limited, but my translation would be ravine. The magnitude of these granite boulders can only be appreciated by experiencing them.  A group of us went to  explore and play a bit. Climbing, jumping, balancing, and just “being”. 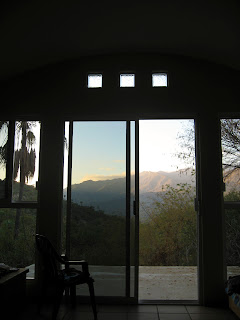 The location is remote, and offers a variety of lodging from camping to one room casitas, some equipped with solar showers and composting toilets. Or you can opt out and use the hot showers with propane.  It was very cold at night, I was really surprised, always going to Thailand I packed very light, but was so happy when I was handed several  Mexican blankets. Despite this I pulled my mattress on the terrace and slept under the stars and big bright moon.  After a few dewy mornings I decided to relocate to the Mandala Palapa, a opened aired structure with palm leaf roof. It was large enough to see the horizon in all directions!
The Mandala is where we were doing the Vajra dance. A very beautiful dance mediation that is both graceful and sacred. It will take me more than two weeks to master I’m afraid.

The kitchen, an open aired palapa was the hub, as most kitchens usually are. A combination of gas ranges, an oven, one fridge and storage cupboards with a double sink. What we created or what I observed being created was a gourmet smorgasbord. Artisan bread made every other day, soups, salads some of the greens from the up and coming veggie garden. I opted for breakfast duty, and as the final few days came near I managed to make the perfect pot of coffee. However the oatmeal fruit and toast were mastered by myself and partners in crime Katherine and Lyoba. 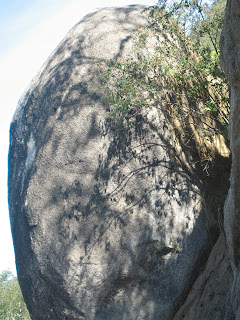 It was a beautiful balance between spiritual discipline and genuine fun, laughter, food celebrating the ‘Mayan non-end of the world, and Christmas. There were 17 of us in total. New Years Eve, with a huge glowing bon fire, we were serenaded by one and all. The songs were a wonderful array, Umi (age 12) with his version of 'Oh Solo Mio', many classical Mexican Folk songs, one or two Beatles tunes.  On New Years Day we did Sang Smoke offering practice. It was conducted at the fire pit, using  fragrant Smoke. The purpose was to offer Guardians of the land peace, ask forgiveness for our mistaken actions and clear any energy that needed attending to.

The second retreat there was guided by Giorgio and Monica who had asked Jim Valby what we should focus on and what the main vision should be. We were able to follow Chogyal Namkai Norbu Rinpoche Webcast Guru Dragphur Teaching conducted from Tenerife, Spain. This helped to focus and solidified everything I had learned until that point.

2012 was a year that I was seeking knowledge in the Buddhist practice.
I know feel I've come to where it is, where I need to be. I've a practice that is easy to apply in my day to day life. The resources and information from the Dzogchen Community available is global, via internet or in books and literature. Retreats are offered throughout the world with many Gar’s to visit and explore. This also offers different cultures, languages, lifestyles, and experience... All having the deepest essence of Buddhism.